Most Valuable Companies in the World - 2020 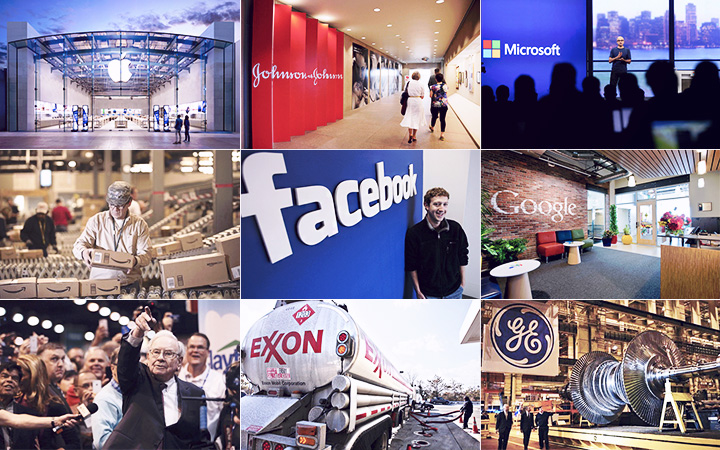 10 Most Valuable Companies in the world After the successful issue of shares on the stock exchange, Saudi Aramco (Saudi Arabian Oil Company) became the most expensive company in the world. It has officially published its financial statements first in 2019. Shortly after the release of the shares on the Tadawul stock exchange, the company's value almost reached 1.9 trillion dollars.

Today, Saudi Aramco is considered one of the world's leaders in oil production and reserves.

Today, the company is owned by the Saudi Arabian government. The main office is located in Dahran.

The second Most Valuable Company in the World is Microsoft.

For a long time, Apple was the most valuable company in the world. But due to the situation with the disappointing iPhone sales, it lost its primacy. Yet the situation is much better now: the company is winning its positions back. Today, Apple is the third in terms of market capitalization.

At the same time, the company continues to occupy the first position at the most expensive brands' list.

Today the company logo is recognized by many people as Apple became truly the most successful brand. Its value is estimated at $1,286 billion by experts from rating agencies.

Today the company has thousands of offices, brand stores, and service centers worldwide with a staff of nearly 132,000 employees.

On January 7, 2019, Amazon became the most expensive company in the world for the first time overtaking its competitor — Microsoft. Today, it ranks fourth in the list of the most valuable companies.

Amazon is an American retail company that sells and delivers various goods over the internet.

According to the overall estimates, the company employs about 647,500 and has more than $162 billion in assets at the given moment. Its annual turnover amounts to approximately $232 billion.

More than thirty popular services and sub-companies are part of the holding: AdWords, Android, YouTube, to name a few. Google is headquartered in California.

Facebook was developed by Mark Zuckerberg in February 2004. The Facebook social network is currently visited by more than 2 billion people every day. And the market value of $584 billion is simply an astronomical indicator of popularity for an Internet project.

Today, Facebook yields more than $22 billion net yearly profit due to online advertising. Moreover, the company is a leader in this TOP 10 list in terms of profitability, since its net profit increased by 54% within the past year alone.

The Alibaba company is one of the largest virtual trading platforms in China and the world, attracting the attention of buyers by both affordable prices and a wide range of goods presented.

Its share price of $344,970 that makes it the world's most expensive stock. JPMorgan Chase is the largest commercial bank in the USA and the 6th largest in terms of total assets in the world.

Top Ten Most Profitable IT Companies In the World - 2020

Top Ten Most Profitable IT Companies In the World - 2020