Should You Tell Anyone You Are a Trader? 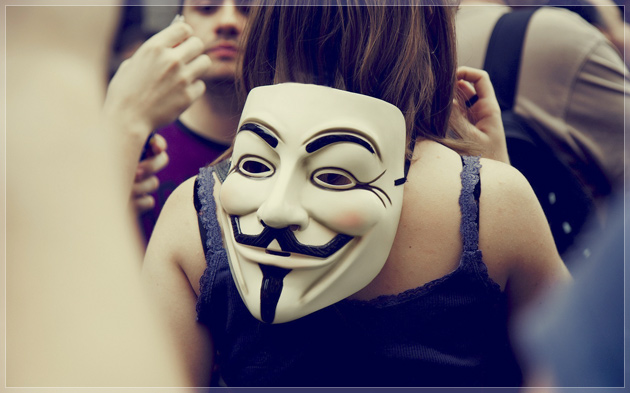 Everyone knows that trading in the financial markets is often accompanied by significant emotional and psychological stress. Moreover, the recipe to success here depends mostly on the right mindset and ability to cope with own emotions.

In addition to the internal struggle, a trader and their results might also be influenced by external factors, such as other peoples’ opinions, their faith, and support or, on the contrary, disapproval, and skepticism about the chosen occupation.

So, in this article, we want to talk about those external factors, as the issue is quite relevant for many traders.

We all experience ups and downs, and from time to time, we want to share our emotions, joys, and worries with someone else.

But should we do this when it comes to trading?

How will it affect your trading or your relationships with the person you’ve told about your occupation?

Or maybe it’s better when only fewer people know about your trading activity?

Should you tell the others you’re a trader?

If you’re serious about trading and plan to make it your main occupation, you should be prepared for peoples' skepticism about your choice.

Before you tell your friends and family about your trading activity, we suggest you consider the aspects that might cause mistrust and disagreement among them.

Your occupation is often condemned 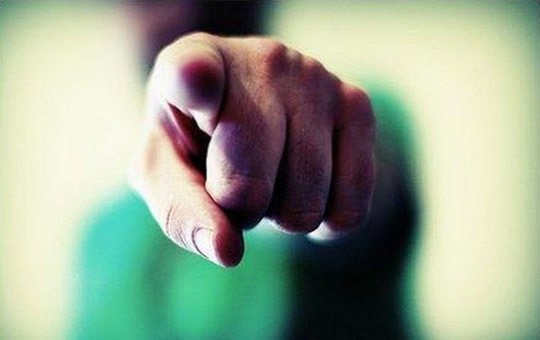 First of all, skepticism about the Forex market and trading is associated with the stereotype ingrained in our society. Many people and those who are a long way from stock trading and economics consider Forex as a kind of casino or lottery.

People perceive the foreign exchange market and trading in general as a sort of fraud. They believe that naive and unsuspecting dreamers (like us) are robbed blind by big bankers and investment magnates.

Thus, when you tell about your occupation, people will merely think that you’re simpleton who was fooled by the myth of "quick and big money."

Additionally, it’s often believed that only extraordinary geniuses, like professors of mathematics from Harvard University and the like, can make money in the financial markets. Naturally, you are not one of them, so it makes you even more foolish.

How should you respond to condemnation?

Your occupation will most likely be condemned by those who know nothing about economics and have never worked in the financial markets.

This is a group of people who don't know how to achieve their potential, so they tend to destroy other peoples' potential without even knowing it. They don’t believe it’s possible to achieve success on their own, they see the catch everywhere and will be envious of your every success.

To avoid negative vibes (influence) from such people, you should narrow the circle of those who are aware of your activities.

Only those people who will support you and accept any of your initiatives for sure should know what your undertakings are.

Trust on your part is also very important. You’ll never feel the line between deliberate decisions and excitement by yourself. So there has to be a person who you would listen to when they say “enough is enough."

The long way to become a trader 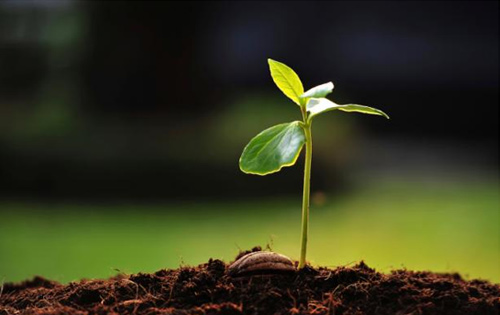 When you choose Forex as your future occupation, you have to accept the fact that the process of education, practice, and becoming a trader will take a very long time.

You cannot become a professional and start receiving regular income in Forex in a few weeks.

As a rule, the first results are visible only after a few years of practice. Moreover, it may take more than five years of hard and thoughtful work to become a successful trader.

During this time, you will want to give it all up and do something else more than once. The sense of despair and apathy born from continuous losses will always haunt you.

At some point, you may even lose faith in the fact that you can make some money in the Forex market.

And now imagine how your unsuccessful attempts to make money with such difficulties will look like to those who know about your trading.

They will gladly lower your self-esteem by saying something like: “I told you it was a scam” or “Give up this lost cause and find a normal job, like everyone else”.

You’ll find it psychologically hard and awkward talking to your friends and family since they’ll be a bit right at the time. You’ll try avoiding conversations like this with the closest people, as doubts will arise in your mind more often.

Think of trading as a hobby

In order not to burden yourself with extra pressure at the initial stages, try not to tell almost anyone about your Forex experience until you feel ready to seriously engage in trading.

You better not tell your friends and relatives about your occupation until you begin to receive some income from trading.

If your close relatives, parents, or spouses start to ask about your new activity, which takes an increasing amount of your time, let them know it’s just a hobby.

You should perceive it as a hobby too and act accordingly. To quit your job and declare that you are a trader now is not the best idea.

Someone likes watching TV series or play video games in their spare time, and you’re interested in studying the currency markets and trying to make some money. Everything is simple and easy to explain.

Thus, you can avoid unpleasant questions or attempts to talk you out of further trading, if the people have an improper stereotype about it.

What happens when you start making money? 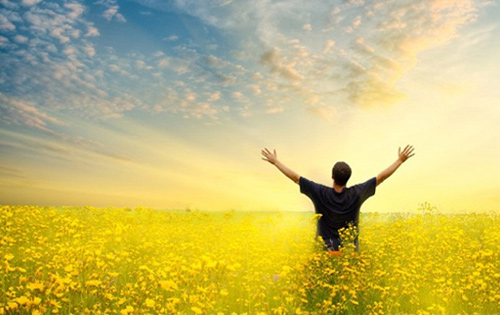 What happens if you eventually learn to receive a regular income?

You will feel an enormous desire to share your success with the entire world, especially when you receive your first earnings.

Does it make sense to score off those who didn't believe in you? We don't think so. The trader has to be better than that and avoid all these emotional games.

When you start to receive a regular income, you'll come across opinions and responses that differ from the ones described above.

Some of your acquaintances will keep condemning you. They will say that you’re going to be robbed anyway, that you cannot do money out of the air, and mere mortals cannot succeed this way.

The others will praise you. However, subconsciously they might feel envious or just will not believe that you are telling the truth.

The opinions may vary a lot. Usually, it's hard for people to accept the fact that someone can rapidly go really high from the same level as them.

Focusing on your victories and achievements, you might break the relationships with the people close to you, especially with those who advised you against it and didn’t believe in your success.

You shouldn’t also “seek revenge” for the skepticism because today you have earned, and tomorrow you can lose. Losses are normal for such an activity as trading, but it might be hard for you to explain the others the temporary failures or that drawdowns can happen from time-to-time.

“Any luck in the market?”

When you achieve good results, your success will be a subject for discussion. Prepare some answers to the now frequently asked questions.

If your friends know that you’re trading, you shouldn’t praise your achievements too much. First, you’ll feel awkward being asked about your success at a hard time. Second, you shouldn't evoke envy or dislike in others.

Bring the conversation about trading to general phrases only and avoid specific numbers. The best solution is to use short phrases like “Everything's fine” when talking about your results. Thus you make it clear that you don't really want to talk about these things.

Successful financial players prefer to hide their real earnings, as well as great victories or defeats.

Victories lead to envy, and defeats might cause some gloating even of the closest people. Our emotions are usually uncontrolled, so it doesn’t mean that someone wishes you harm. But there is egocentrism in all of us and it often takes over. 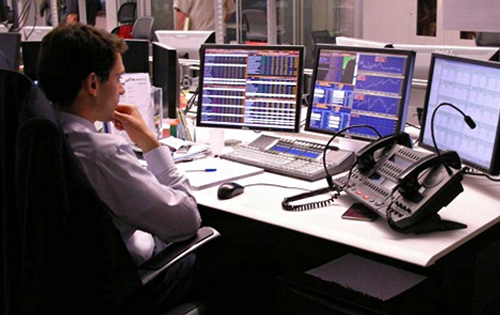 That means you shouldn’t declare all your plans or achievements to everybody. But you can and should share your worries. This has somewhat of a calming effect and helps to release inner psychological tension.

If you don’t have a personal psychologist to discuss all the occupation-related aspects, you can share them with someone really close to you. But you must be sure that this person is the one who can help you and won’t advise you against any action.

As for everyone else, at the beginning tell them that trading is just your hobby. And when it'll turn into a real business, reduce your communication on this topic to a few short phrases: “Things are going ok, well, steady, etc.” 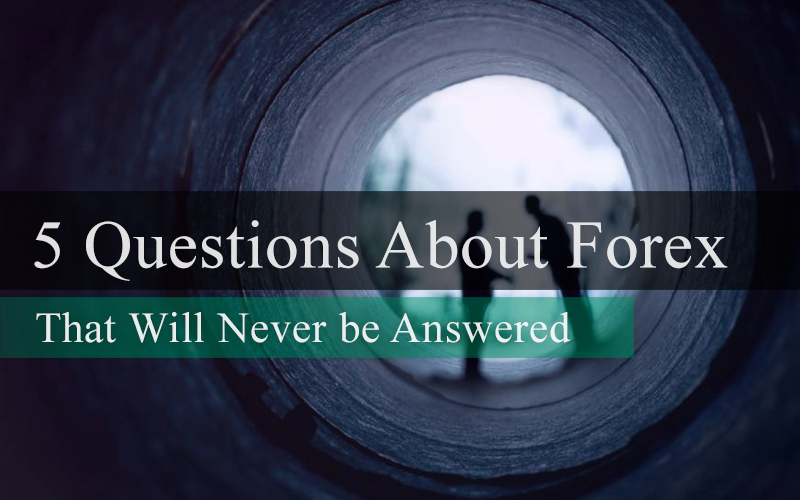 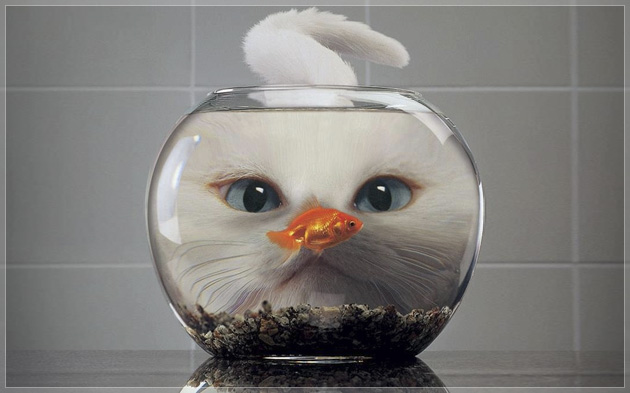