Does the Ratio of Open Positions Work?

In this article, we’re going to talk about the ratio of open positions of traders (we will test them). This sort of information is not usually shared with the general public.

Before we get started, we would like to recommend you to read the following articles:

Objective 1: Assess the potential of the “trading against the crowd” strategy which is based on the ratio of open positions of traders.

Objective 2: Find the optimal formula for calculating the average value.

The current formula was defined, so to say, “by eye”. In addition, the average value is used in the informer installed by other webmasters on their websites. It is in our best interest that they get information of higher quality.

It doesn’t make sense to write the phrase “the ratio of open positions of traders” every time – let’s use the term “Ratio” instead of it further in the article.

The Ratio is measured from 0 to 100% and refers to the percentage of traders who a currency pair.

Strategy: if most traders go long, we should sell, and vice versa. This strategy is explained by the speculative nature of the market meaning that the majority have to lose so that the minority can make money.

As always, we remind you that the tests are conducted under “hothouse” conditions (without taking into account spreads and commissions). Read more about the regularities (the link is provided above).

Profitability of the strategy based on open positions of traders: 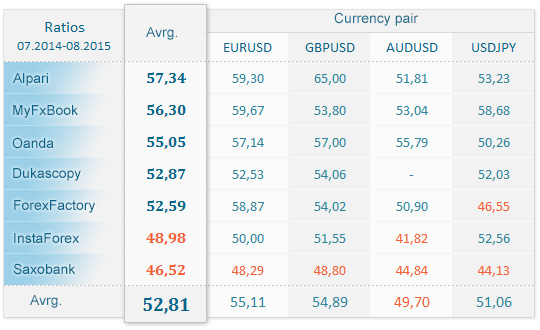 Conclusions Which Can be Drawn From the Table:

… we increase/decrease the size of SL and TP?

Let's try to identify some dependencies, for example, how the profitability will change while the value of SL and TP is changing. 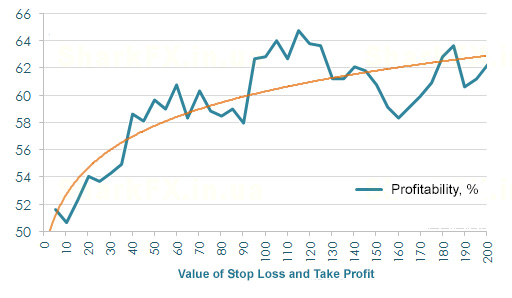 While analyzing the chart, it becomes clear that small SL and TP are ill-suited to trading by the Ratio.

At that, if we set the values exceeding 40 points, we’ll obtain quite good results. We remind you that we used SL=TP=50 points during the initial tests.

Therefore, the optimal target for the Ratio-based strategy is 100-120 points. The potential is obviously lost outside these limits.

All this suggests that the Ratio generates medium-term signals.

This is why they should be carefully used in the intraday strategies.

… expand/narrow the barrier to entry

The chart showing the dependence of the percentage of winning trades on the value of barrier to entry can help respond to this question: 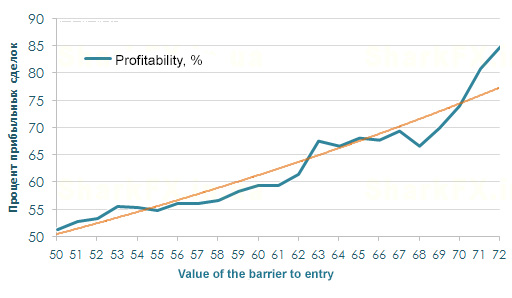 A linear relationship can be seen on the chart meaning that the greater is the Ratio deviation from 50%, the more likely the price will go against the crowd.

On the basis of the data received, the average value shown by this tool should be indeed revised.

Ideally, it should produce better, or rather more stable, results than data on a single broker.

To do this, we need to calculate the average value based on the data only on the most efficient brokers, which in our case are Oanda, MyFxBook, and Alpari.

After carrying out various optimizations and selection of parameters for EUR/USD, the best result was shown by the following proportions: Oanda – 40%, MyFxBook – 40%, and Alpari – 20%.

The results of the obtained average value for other currency pairs are as follows:

In general, we like the results, and, above all, they look stable.

In addition, we noticed an interesting feature:

Important! The average value, unlike the data on a specific broker, shows good results if you trade from the mark of 50% (buy if the Ratio < 50% and sell if it is > 50%). Here are the results of the tests:

This means that the average value is perfect as a “direction vector”.

That is, you look at the average value and try to open trades mainly by vector.

Places where you can view the average value:

Let’s Get Things Clear in Our Minds 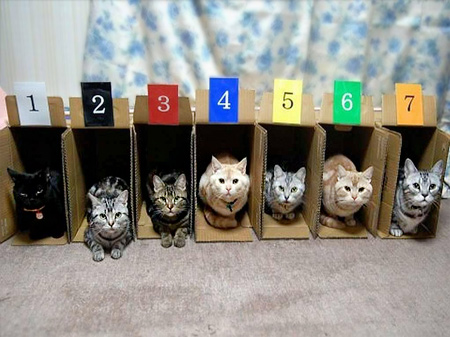 The tests proved that the ratio of open positions of traders really has a profitable potential.

Here are some recommendations for use:

If you have the question “Why does the ratio of positions work?” arisen in your mind, we’ll try to answer it.

Finally, we would like to hear your opinion and learn about the practical results of application of this strategy. Feel free to write even if the results are not quite good.

P.S. Appreciate someone else's labor. If you publish or copy the content, make sure to specify the source, otherwise such projects will be lost among the hundreds ones of lower quality. 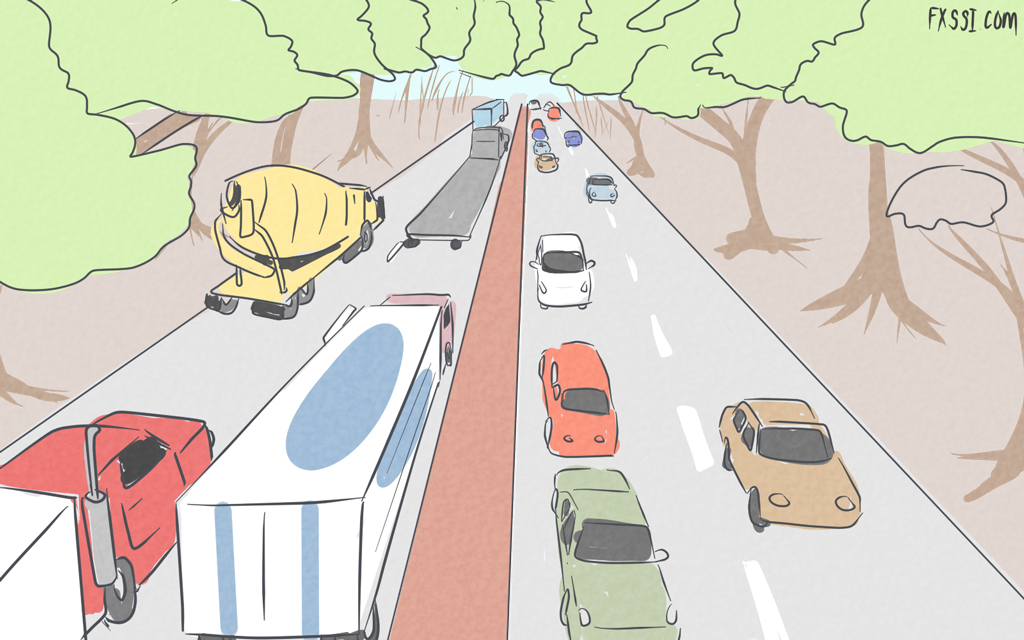