Top Ten IT Companies in the World by Revenue - 2022 Ranking

One of the most crucial elements of the digital business world are IT and software providers, since they set the rules of the corporate world, helping companies of any size and from any industry to grow and evolve constantly.

We have recently told you about the most valuable tech companies, but for our today's ranking, we have gathered the largest Information Technology and software companies from all around the world.

Here are the top 10 IT companies by revenue: 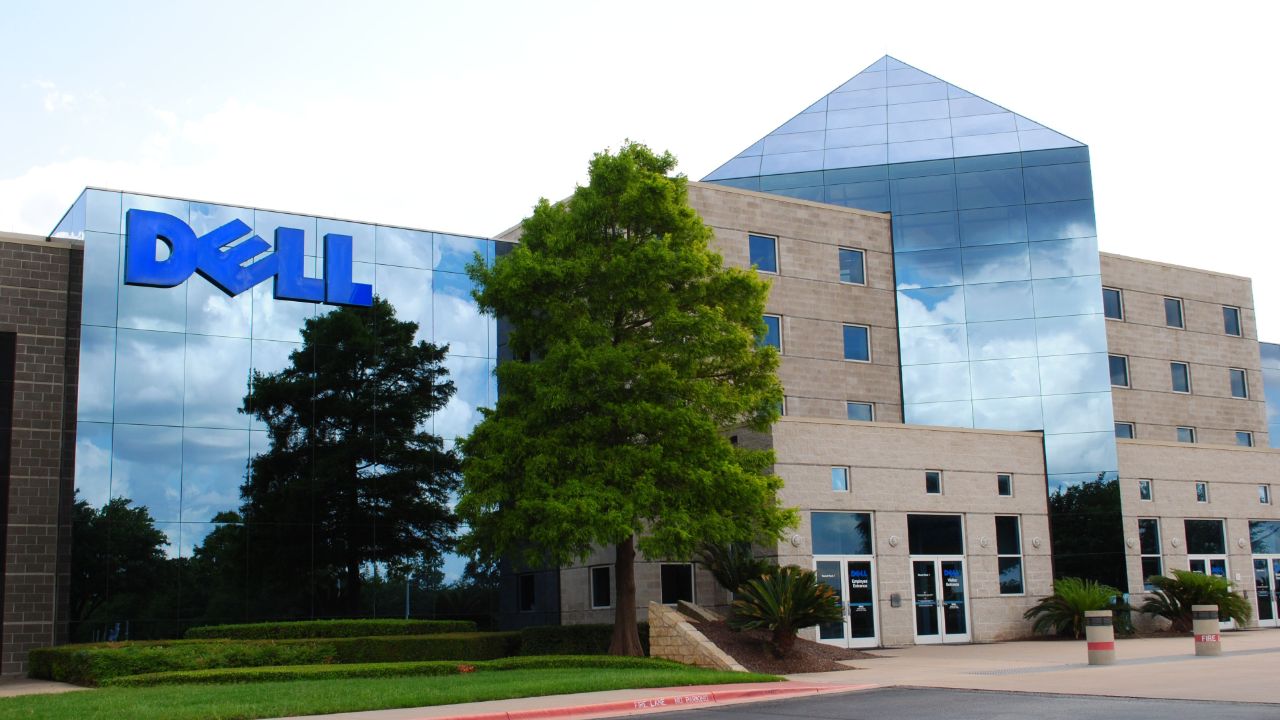 Today, Dell is #1 IT company with the highest revenue in the world. It tops the ranking with more than 10 million clients worldwide. Interestingly, about 99% of the Fortune 500 companies are customers or partners of this digital giant.

The Dell company was established in 1984 by Michael Dell, who at that time was a 19-year old student. Back then, the idea was to produce completely сustomizable PCs to meet all the users' individual needs.

Over time, Dell became one of the best and well-known PC and hardware manufacturers. But lately, with its major subsidiaries – EMC, Pivotal, RSA, Secureworks, Virtustream, and VMware – the company focused more on software products, like cloud storage, virtual reality, IT infrastructure, data centers, and cyber security.

In 2015 Dell acquired EMC for $67 billion, which is one of the biggest deals in the IT world ever.

The company operates in more than 180 countries worldwide. It is based in Round Rock, Texas, US. IBM has the second-highest revenue in the software industry grossing more than $67 bln. And it is not a surprise, considering that about 97% of banks and about 80% of retailers globally use its services.

International Business Machines (IBM) or the Big Blue, as it is sometimes called, was founded in 1911 by Charles Flint.

During such a long history, IBM has given this world a lot of useful things, such as floppy disks, hard drives, magnetic strip cards, relational databases, UPC bar codes, and many more. Besides, the company's mainframe enabled the first ATM.

The company has had more than 130 acquisitions and merges throughout its history. The most highly-valued one was the $34 billion Red Hat deal.

IBM has offices in more than 170 countries worldwide. The headquarters are in Armonk, New York, US. 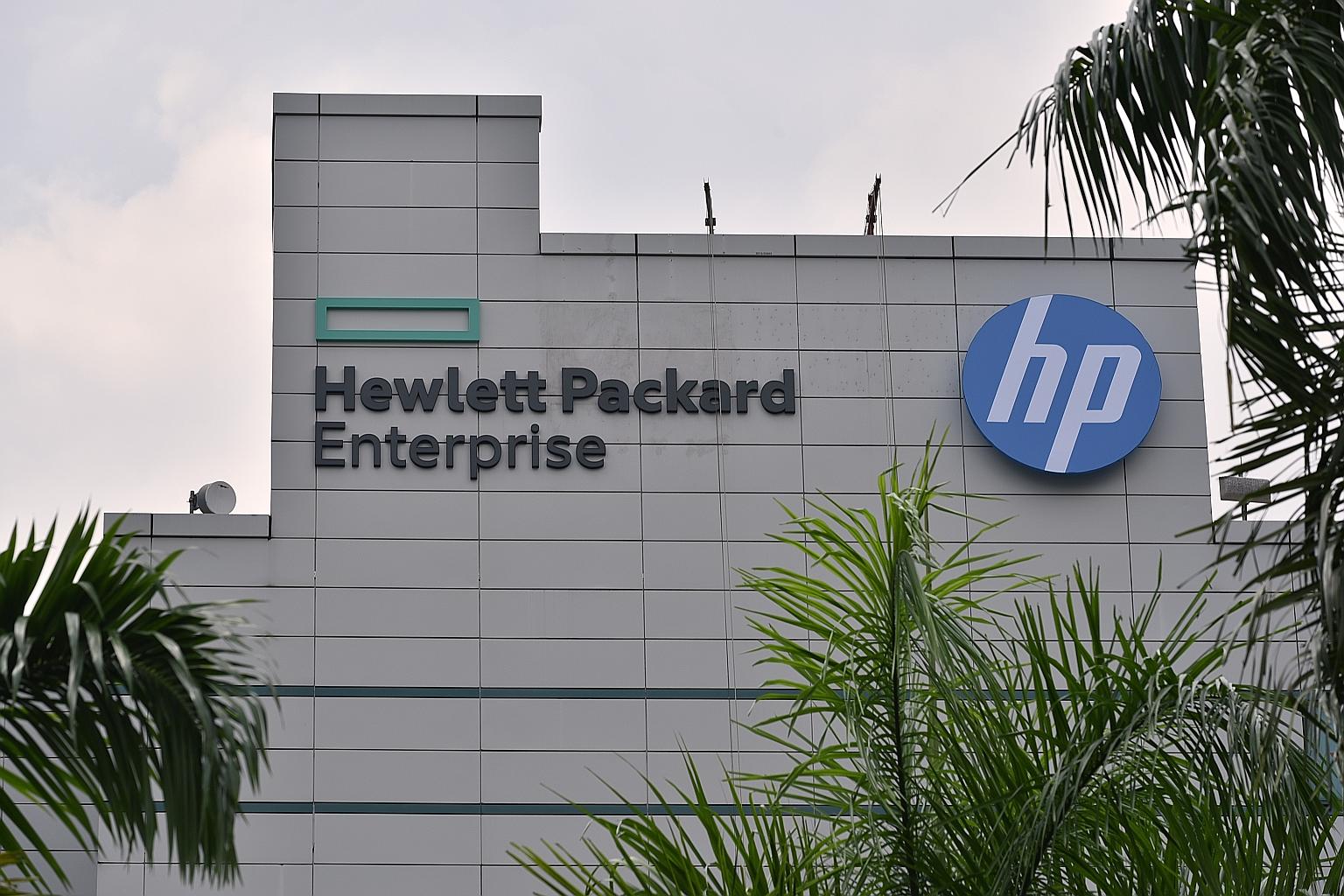 HP Enterprise was founded in 2015 after the split of Hewlett Packard into two companies:

Among the company's clients, there are small- and medium-sized businesses, big enterprises, government, education, and health institutions.

Headquartered in Palo Alto, California, US. 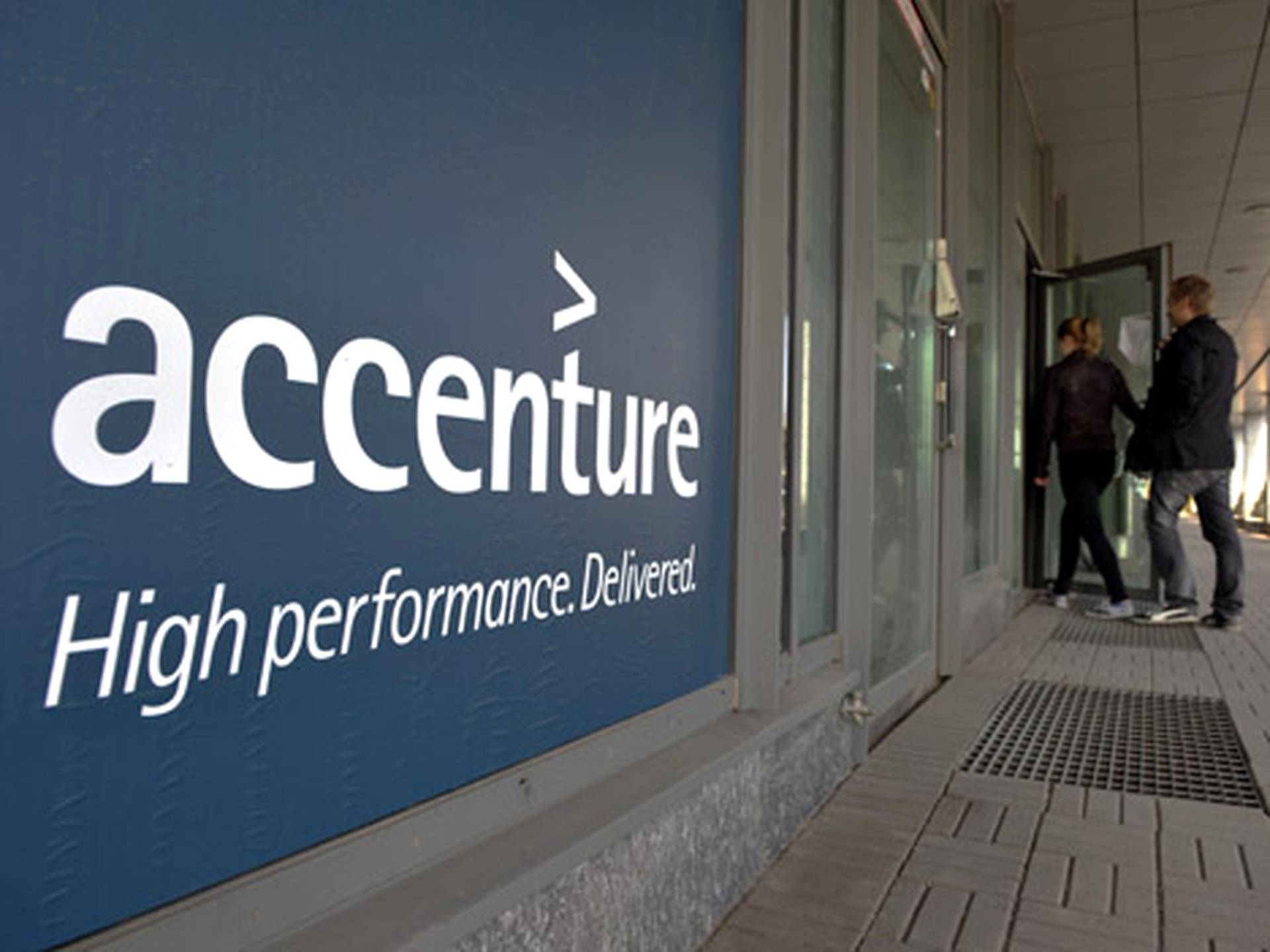 Accenture was created as a tech division of the accounting firm Arthur Andersen, but in 1989 it separated into an independent company.

Today, it is one of the biggest digital marketing companies, providing the clients with the process, strategy and business consulting; IT and engineering solutions, operations services; advanced security and increased productivity solutions, as well as cloud transition offerings.

And Accenture doesn't plan to stop there. The next priority and ambitious area for the company is quantum computing.

Today, it serves customers in more than 120 countries. Accenture's client base even includes such giants such as Microsoft, Oracle, and SAP.

And, if you didn't know, Accenture is the abbreviation of "the accent of the future".

The company is headquartered in Dublin, Ireland. 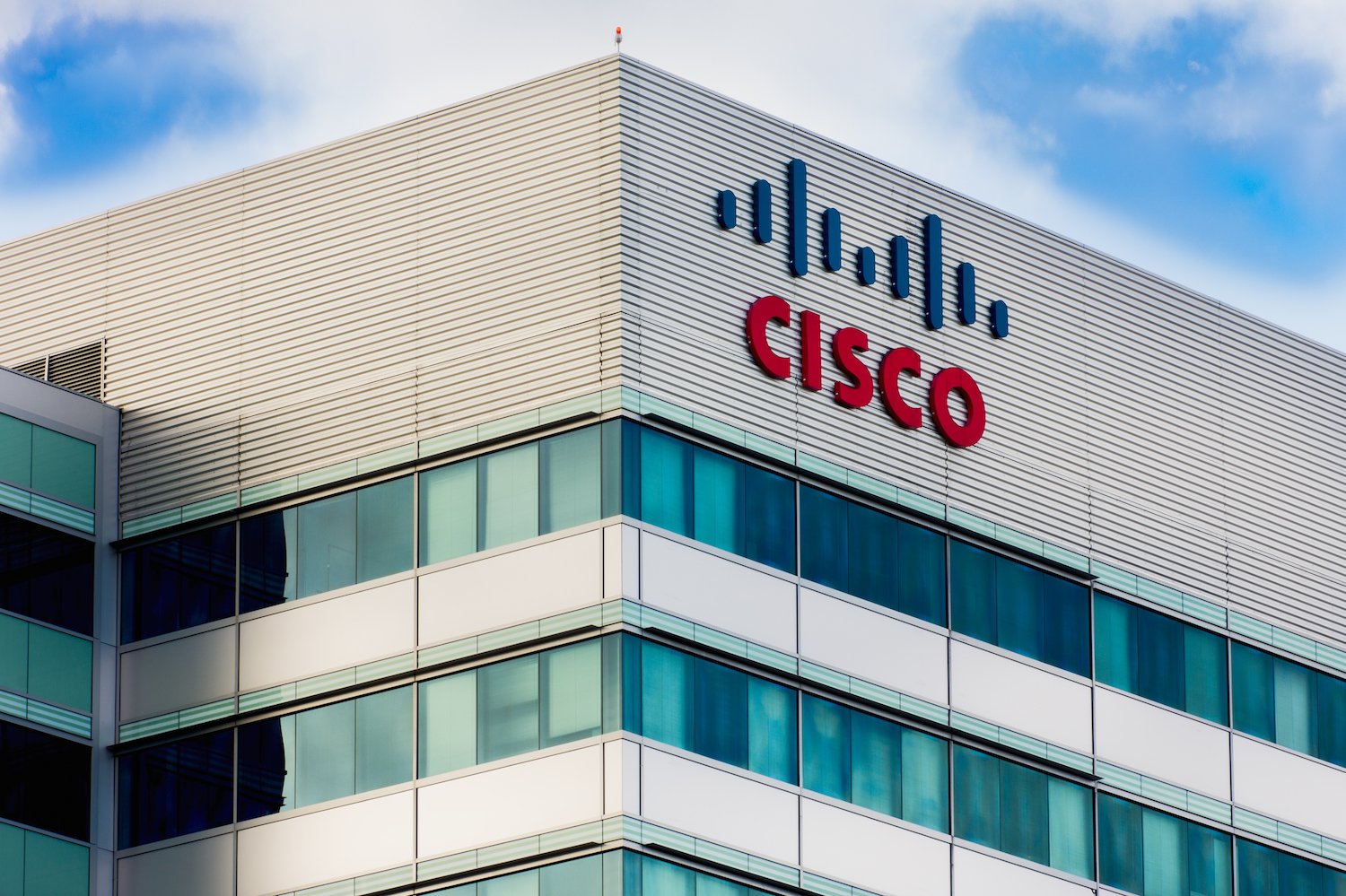 Cisco Systems closes our top 5 information technology companies in terms of revenue, bringing in above $52 bln annually. It was usually well-known for its switchers, routers, and other networking equipment.

But since 2015, the company went deeper into the innovative software-related fields. Today, it focuses more on the Internet of Everything, cyber security (Cisco's fastest-growing business unit), cloud computing, data centers, software & analysis.

The company was founded in 1984 by Leonard Bosack and Sandy Lerner. It all started with a multi-protocol router that connected different networks. The invention was basically a copy of the blue box router, created in Standford in the 70s.

Interestingly, in 2000 Cisco was the world's most valuable company thanks to the dot-com bubble. The market cap of the company reached a record amount at that time of $500 billion.

The company has offices in about 160 countries. It has more than 170 acquisitions since 1993. The headquarters are in San José, CA, US. 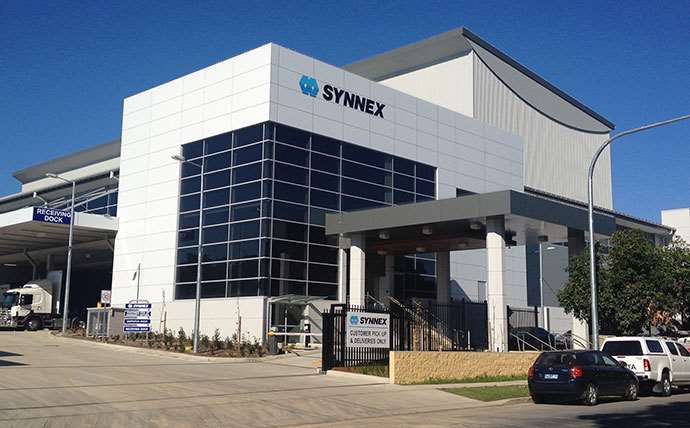 At the end of March 2021, two leading IT technology distributors Synnex and Tech Data signed a $7.2 billion agreement to merge into one company and on September 1, 2021 TD Synnex was born.

The merger of Synnex and Tech Data has created a new leader in the IT distribution market. The combined company now has 150,000 customers, including such famous brands as HP Enterprise, Google, Panasonic, Lenovo, Asus, and Microsoft.

TD Synnex is not a typical IT company, but more of a business process outsourcing firm, connecting technology sellers with buyers. It also offers customer service after the sale. The company works with suppliers of software, IT systems, components, and equipment.

The company is also a vendor of marketing services, like telemarketing, external advertising, direct mail, database analysis, and Web-based marketing.

It also has a division that provides strategic solutions to business in fields of customer experience, innovation, automation, process optimization, etc.

The company was originally founded in 1980 by Robert T. Huang. Today's TD Synnex is headquartered in Clearwater, Florida, US and Fremont, California, US. 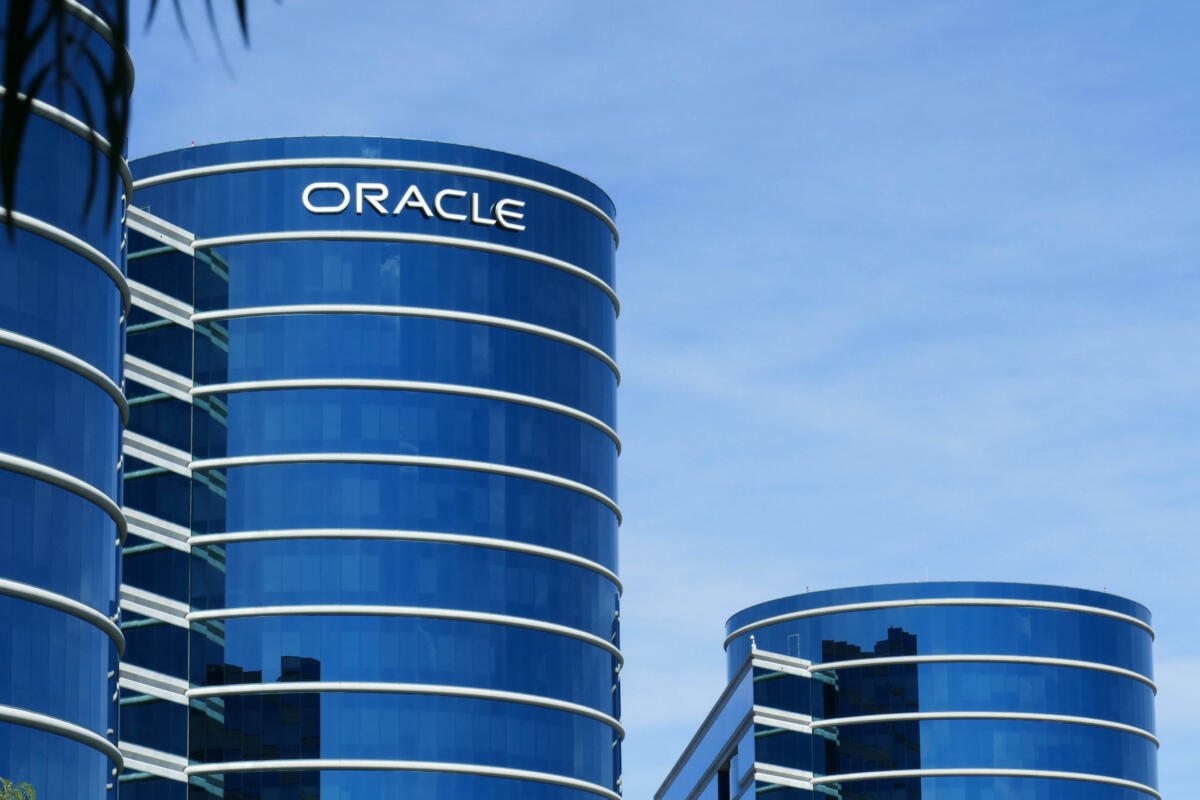 Oracle is famous for its ERP systems, user-friendly applications, and smart solutions, which have already attracted more than 400.000 customers in 175 countries.

The company was founded by Lawrence Ellison, Robert Miner, and Edward Oates in 1977. Since then, it developed marketing database applications and technologies, cloud engineered and database management systems, enterprise applications, etc.

Oracle is headquartered in Redwood Shores, CA, US. 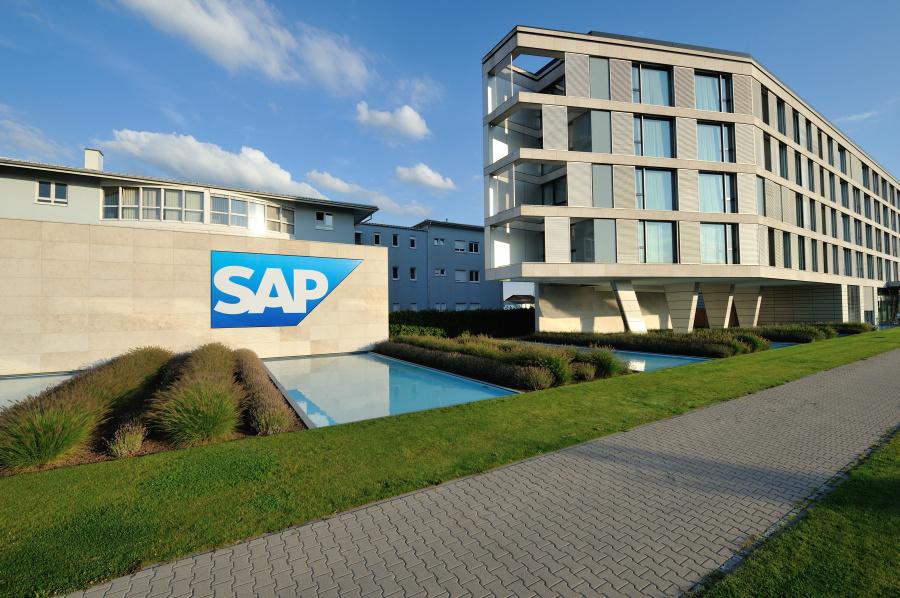 Its applications and solutions cover numerous business fields, like finance, human resources, manufacturing, marketing, engineering, and so on. By the way, SAP was the first company to develop ERP solutions for supply chain and logistics management.

SAP was founded in 1972 by Dietmar Hopp and Hasso Plattner. The year later, it launched its first commercial product – a financial accounting system.

Today, it has offices in more than 130 countries. The headquarter is in Baden-Württemberg, Germany. 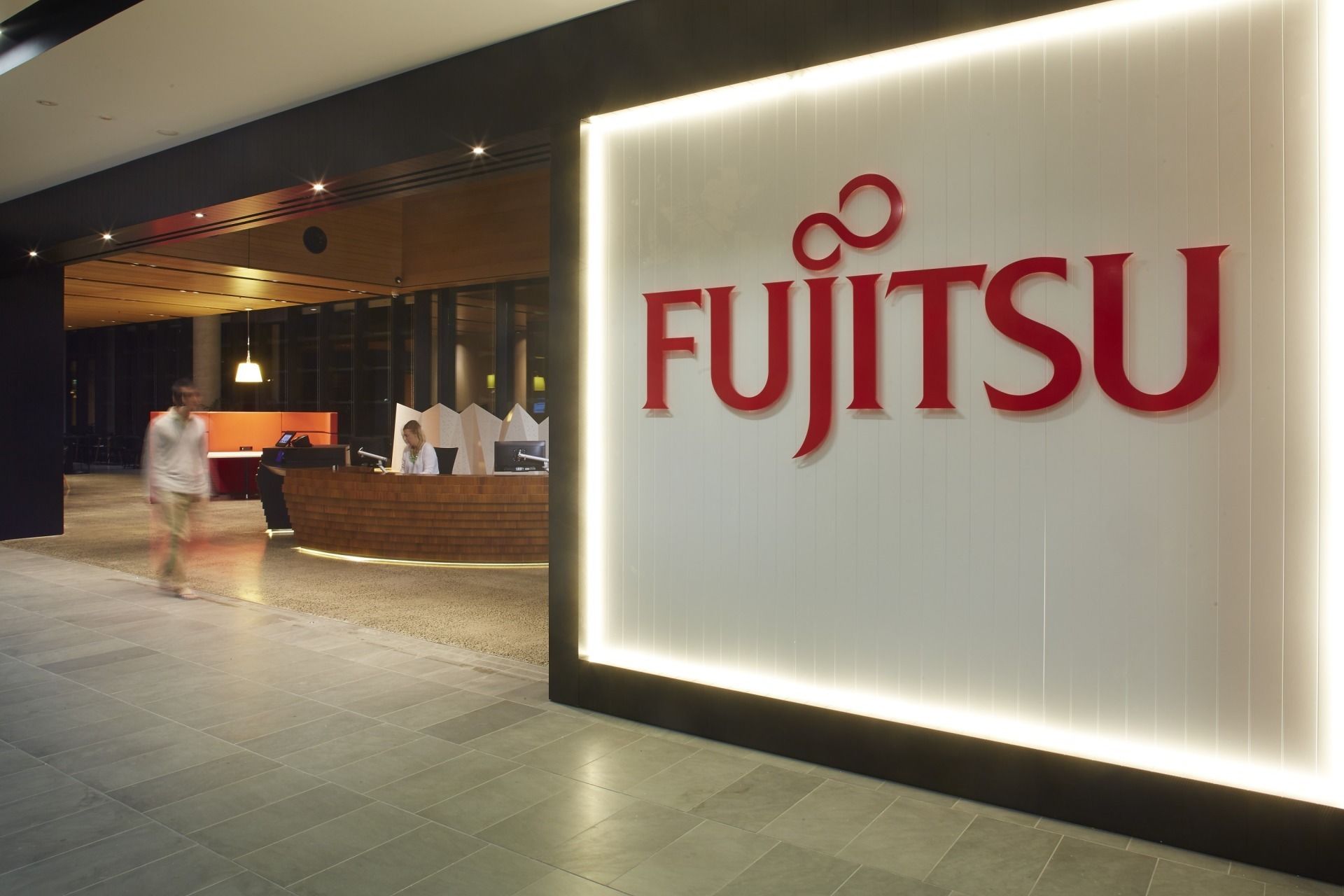 Fujitsu is the biggest IT service providers in Japan and one of the leading software companies globally.

It was founded in 1935 as a manufacturing subsidiary of Fuji Electric Limited. But since then, the company has made its way to the IT and software sectors.

It is particularly evident when analyzing the history of Fujitsu acquisitions and purchases. The company sells more of its manufacturing departments and merges more with companies that provide software or cloud solutions.

Today, Fujitsu provides popular services, such as personal and enterprise computing, storage products, system integration, and infrastructure solutions. Besides, it has a division, which offers IT consulting, implementation, and management services.

The company operates in more than 70 countries and serves clients from more than 100 countries worldwide. It also can boast many interesting partnerships with tech giants like Microsoft and Siemens.

It is headquartered in Tokyo, Japan. 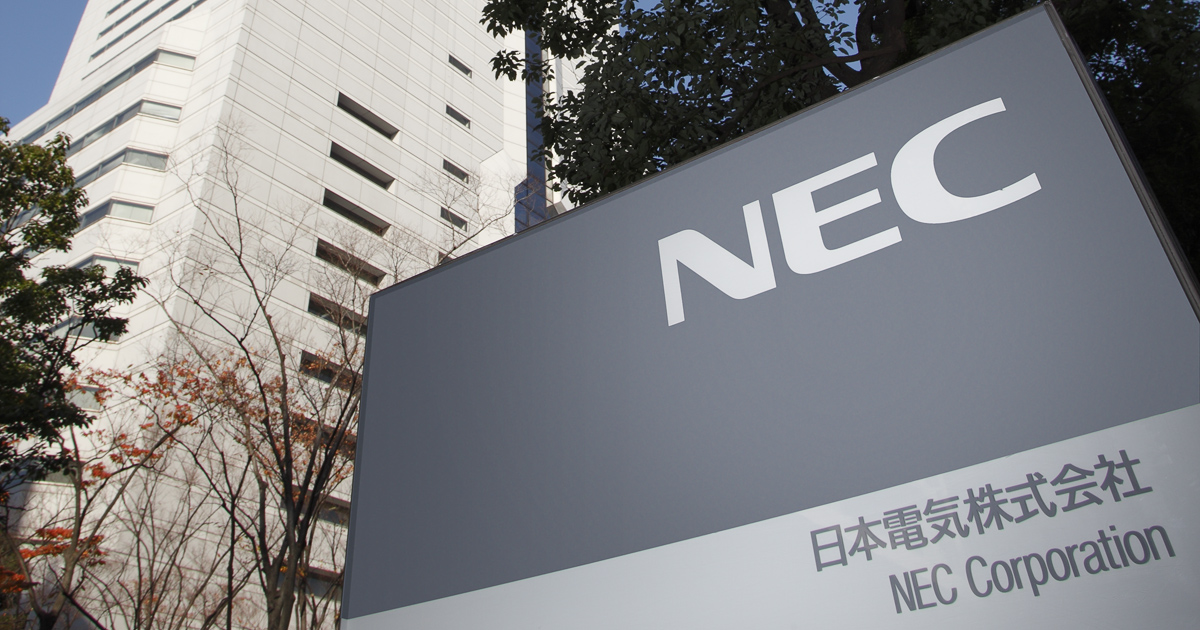 NEC (Nippon Electric Corporation) was founded by Kunihiko Iwadare and Takeshiro Maeda in 1899 and its early years focused on the production of telephone equipment. However, starting from the 1920s, the company began to expand in almost all directions in the field of communications.

Today it is one of the world's largest telecommunications companies and a manufacturer of electronic and computer equipment. The company develops IT and network solutions, provides components for computers, as well as equipment for mobile networks, broadband and corporate systems.

NEC is headquartered in Tokyo, Japan.

And here are the promising companies that have a great chance to appear in the top ten in a few next years – the remaining top 20 best IT firms by revenue:


The Top 20 Largest IT Companies by Employees

And here's another IT ranking that might be interesting for you. Here are the best software providers rated by the number of employees.

As you may have noticed, all our ratings above include only pure-play software market players, avoiding big manufacturers, consumer electronics companies, conglomerates, etc.

Nevertheless, it wouldn't be fair to say that computer hardware production, telecommunications, semiconductors, or video games don't belong to the information technologies.

So we present you the top five of the most prestigious and largest companies with the highest revenue of each industry related to the IT:

Why Microsoft, Apple, and Alphabet Are Not on the List?

You may also notice, that we have excluded such admired brands as Apple, Google, Microsoft, and others from our ratings, even though these companies have large software divisions.

Well, all of them usually appear on the lists when it comes to the most valuable and successful companies with highest revenue. And we wanted to tell you about emerging firms in the IT market that are very important for the industry and no less interesting than the famous conglomerates.

Still, to be fair here's some short info about the real industry leaders rated by revenue:

You can learn more about these top market players here: Most Valuable Companies in the World.