How to Read EURUSD and Other Currency Pairs (Quotes)?

Before you do any trading, you first have to learn how to read Forex currency pairs. You may then learn all kinds of analysis and trading strategies, but only after you understand Forex quotes.

And that’s why we’ve prepared this piece to show you everything you need to know about reading currency pairs in Forex.

Think of an online shopping store like Amazon. There are always items to buy or sell on the platform. Similarly, the items we trade in the Forex market are currency pairs. This is how these currency pairs look like: 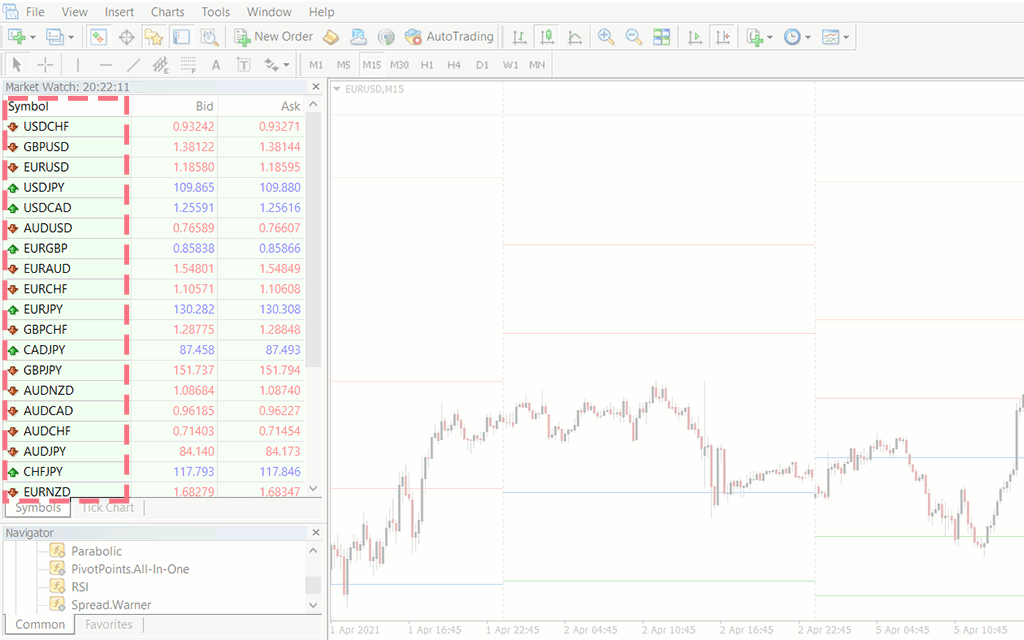 The EURUSD pair, for instance, means Euro/US dollar. The EUR stands for Euro and the USD stands for the US dollar.
Other currency abbreviations (or International Organization of Standardization (ISO) currency codes) include:

So, if you have 1 Euro and want to convert it to USD, you will collect $1.18891 for your Euro. But if you want to convert your USD to EUR, the exchange rate would be the inverse of the EURUSD quote (divide 1 by EURUSD quote). So your 1 USD would be equivalent to 0.84111 EUR.

For the non-JPY quotes, the third and fourth figures after the decimal place represent pips. So, the number of pips in the EURUSD quote we mentioned above is 89 (not 91, which are the fourth and fifth numbers after the decimal point). And for the JPY currency pairs, the first two represent the pips.

There are specific names we give to each currency in a pair, instead of just calling them “the first and the second one”.

Base and Quote currencies: The base is always the first currency in the pair. In EURUSD, for instance, the base currency is Euro. The US dollar is the quote currency.

Right in front of the currency pairs are two quotes. They are called the Bid and Ask prices.

Before we go deeper into details about the Bid and Ask prices, this is the most crucial thing you need to know about them: You sell at the Bid price and buy at the Ask price. 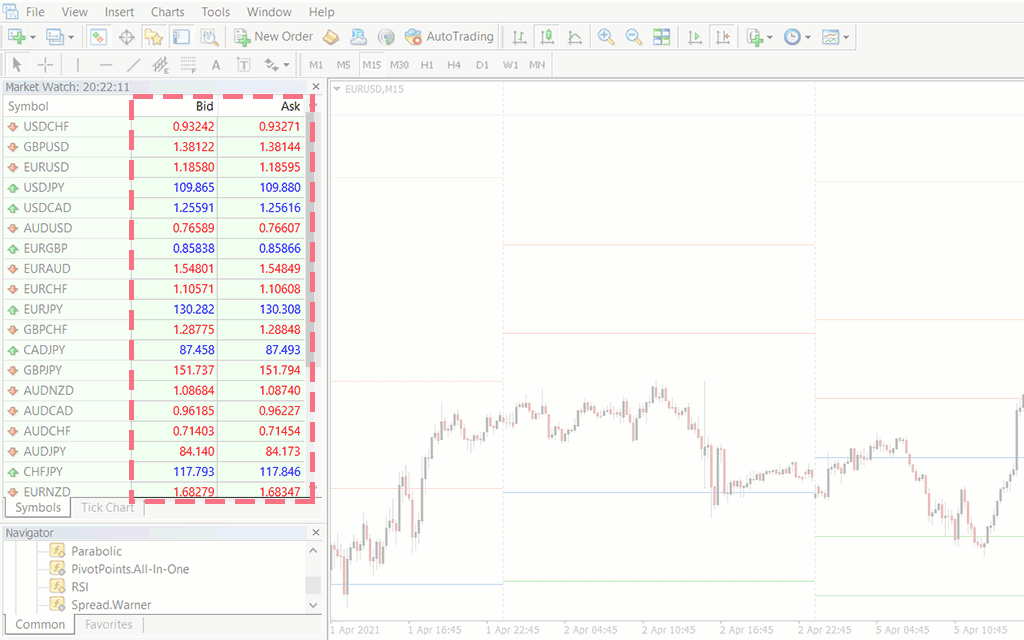 But to help you remember that, let’s dig a bit deeper. When you Bid for an item, you intend to buy it. But when someone asks about an item from you, they intend to have you sell it to them.

Now, if you go back to the first paragraph of this article and compare these thoughts, it doesn’t make sense. Unless you’re the broker who is bidding for the item and intends for the trader to sell it to them, and you intend to get the trader to buy after you ask about a currency pair.

The bottom line is that the Bid and Ask prices are set from the perspective of the broker, not the trader’s. And the reason behind having two quotes (or prices) for just one currency pair is what we call spreads.

The Forex spread is the difference in pips between the Bid and Ask prices of a currency pair. It is how brokers claim commissions on every trade you make. Using the quote of EURUSD pair, for example, the spread is 1.18850 – 1.18837 = 0.00013. This is equivalent to 1.3 pips.

If you’ve ever tried to demo trade, you’ll find out that your trades are always starting out on the negative. As soon as you click that “Buy” or “Sell” button, you’re already on the negative. This is the result of the spreads.

Types of Currency Pairs in Forex

There are three categories that forex currency pairs usually fall into.

All major currency pairs include USD either as the base currency or the quote currency. The reason for this is that the US Dollar is a widely used currency for transactions all around the world. And it is also one of the most stable currencies in the world.

Despite the fact that they are called minor currency pairs, some of them are still very popular among traders. Especially among those, who want to avoid overexposure to USD. And overexposure to a particular currency pair increases your risks. Any major news could affect the currency, and all the pairs containing this currency would be affected as well.

Exotic currency pairs don’t have much volume and liquidity behind them. The currencies included in this category are those of emerging countries, such as Singapore and Brazil. And because of their lack of liquidity and trading volume, brokers place very wide spreads on them.

And this is everything you need to know about how to read Forex currency pairs. There are other important things you need to learn before you start trading Forex, though. You may benefit from checking them out.