“Double top” and “Double bottom” patterns represent classic models of price behavior that occur after a long-lasting trend is established. 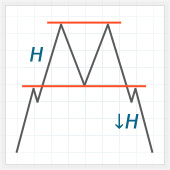 It is believed that there is a strong resistance level, on approaching which the price cannot keep moving, at the level of the top/bottom of these patterns. Here is an example: 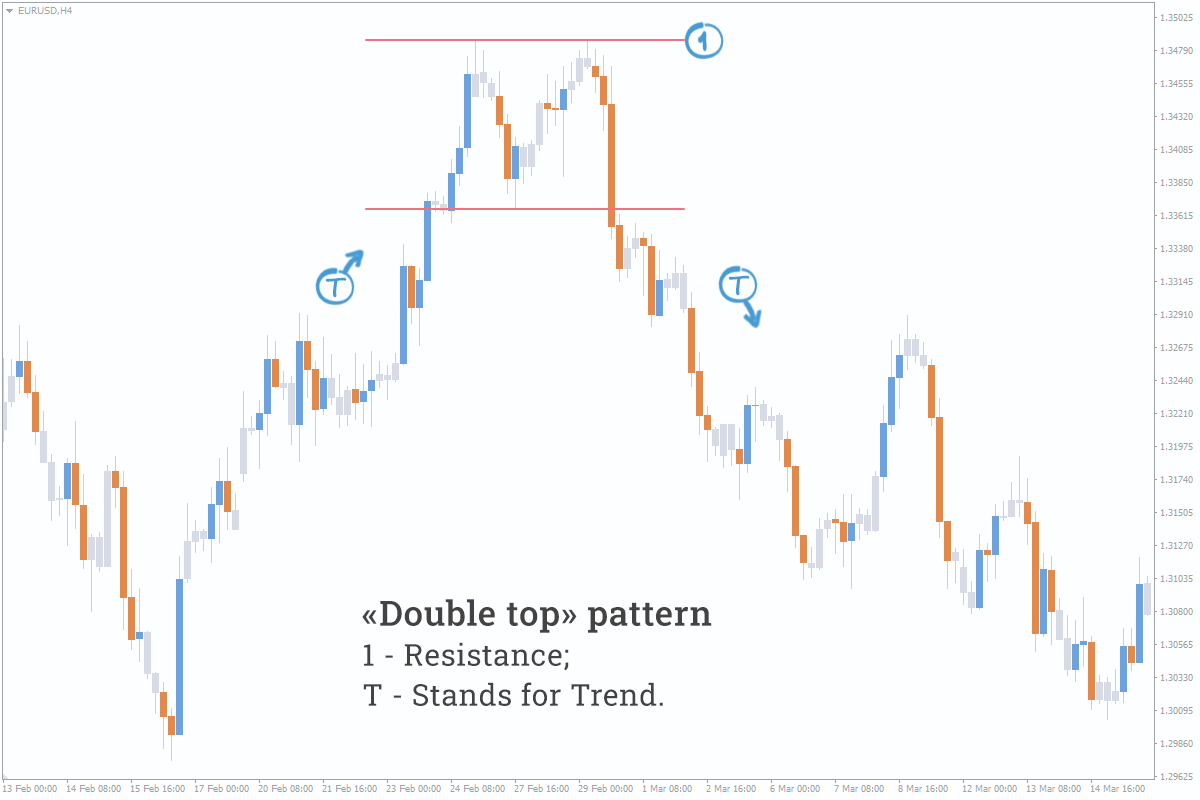 In order not to confuse our readers, we’re going to describe the classical trading strategy for “Double top” pattern, since “Double top” and “Double bottom” patterns are mirror of each other. 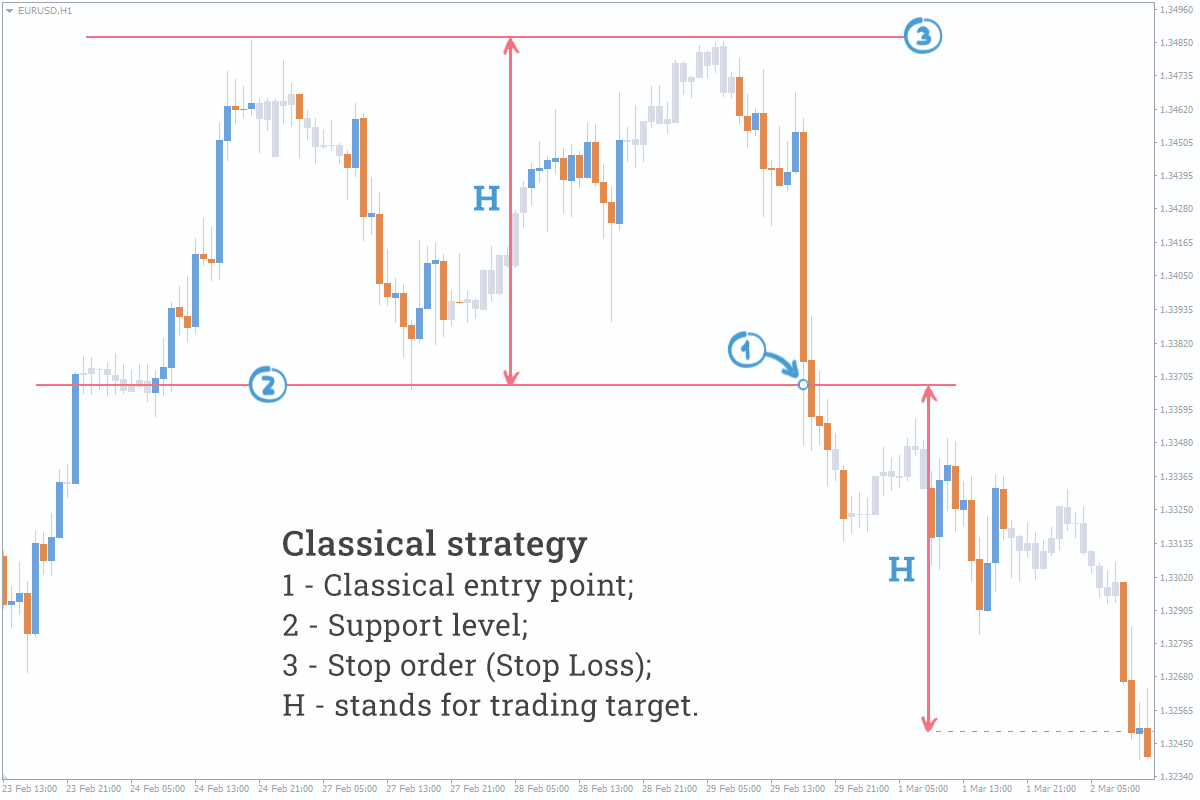 In general, the reasons and the motives of the formation are similar to that of the "Head and Shoulders" pattern, and only the pattern type is different. However, we’re going to describe one of the possible options of its formation for clarity. 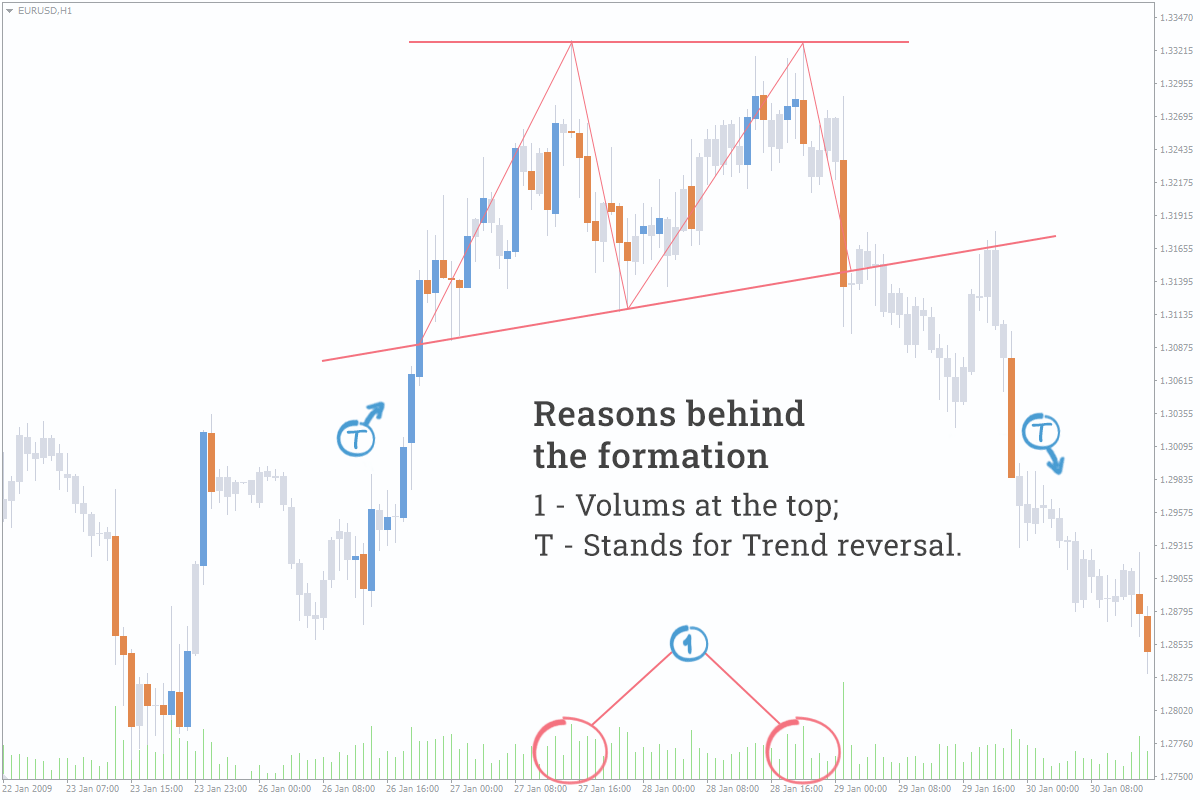 Suppose that a “major” participant, who wants to buy an asset and have a large amount of capital enough to influence the market, appears in the market at some point in time. Such a participant may be, for example, a large automobile holding, which task is to sell the asset at the price higher than the market one (for example, buy euros for settling with European partners). As a rule, professional traders of this holding already have time-proven “maneuvers” to fulfill the task, including methods of trading based on “Double top” and “Double bottom” patterns.

Notably, a small volume is enough for the first impulse of “Double top” to occur, and the remaining volume (1) is accumulated on its tops. The last stage of the “maneuver” is the full execution of the holding’s order that triggers the price to come back or even a trend to reverse.

“Double top” pattern is rather complicated, because it can be identified only when its final impulse occur. This excludes making any early entries, like those with the “Triangle” pattern. Although we don’t recommend trading based on the classical market entry, this classical method is one of the possible options for this pattern, while Stop orders’ levels differ from the classical ones. 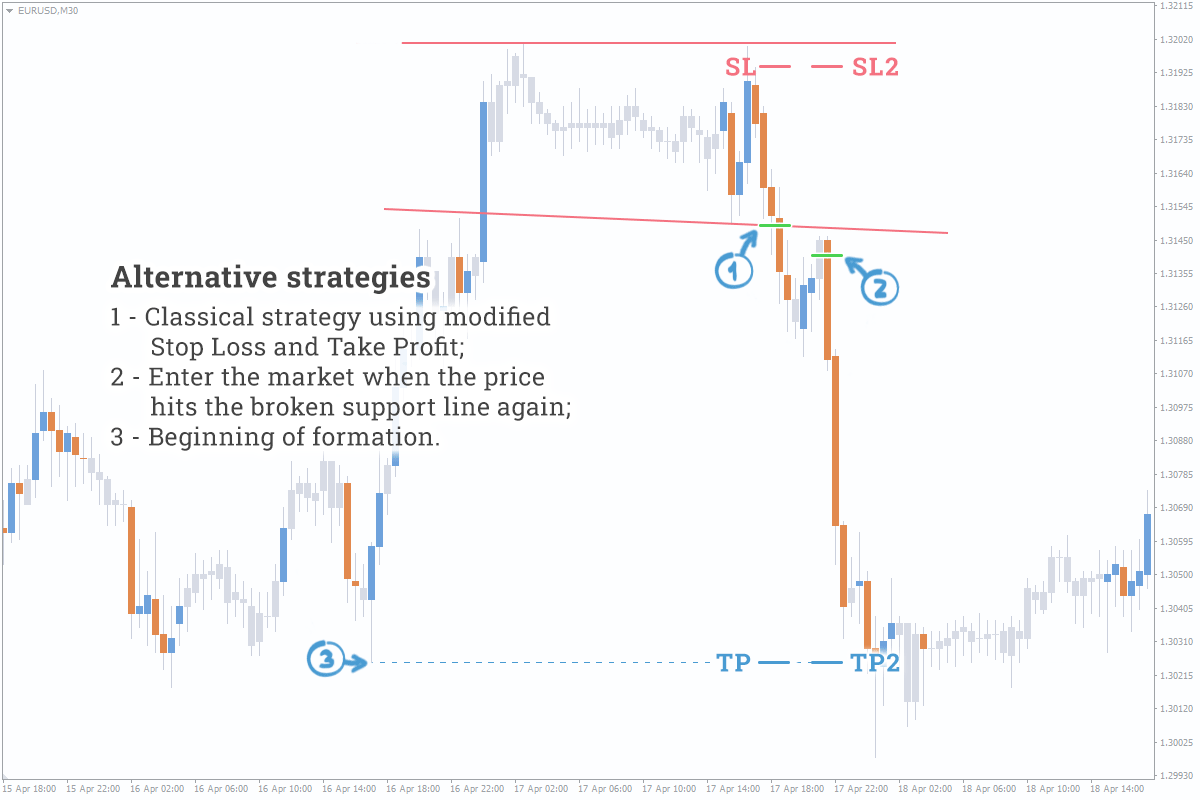 Enter the market (1) with the above-described classical strategy;
Trading target (TP) is set at the level of the initial point of the first impulse, i.e. at the point (3);
Stop order (SL) is set a few points below the top of the pattern.

Enter the market (2) if the price hits the broken support line again;
Trading target and Stop orders are the same as in the previous option.

Examples of Trading “Double Top/Bottom” Patterns in Forex“Double top” is a bearish pattern, and “Double bottom” is a bullish pattern, but other than that, the methods of trading these patterns are mirror of each other.