Leading and Lagging Indicators in Forex

Based on this very basic description, you might think ‘what good is a lagging indicator when I can have a leading indicator’. It’s a fair question.

Choosing the best indicators for day trading forex is an important consideration. It’s not just about what the indicator can tell you, but also when.

What this article will try to reveal is how both leading and lagging indicators in technical analysis have their rightful place. Both types of indicators are used for analysing the stock market, commodities and foreign exchange pairs. 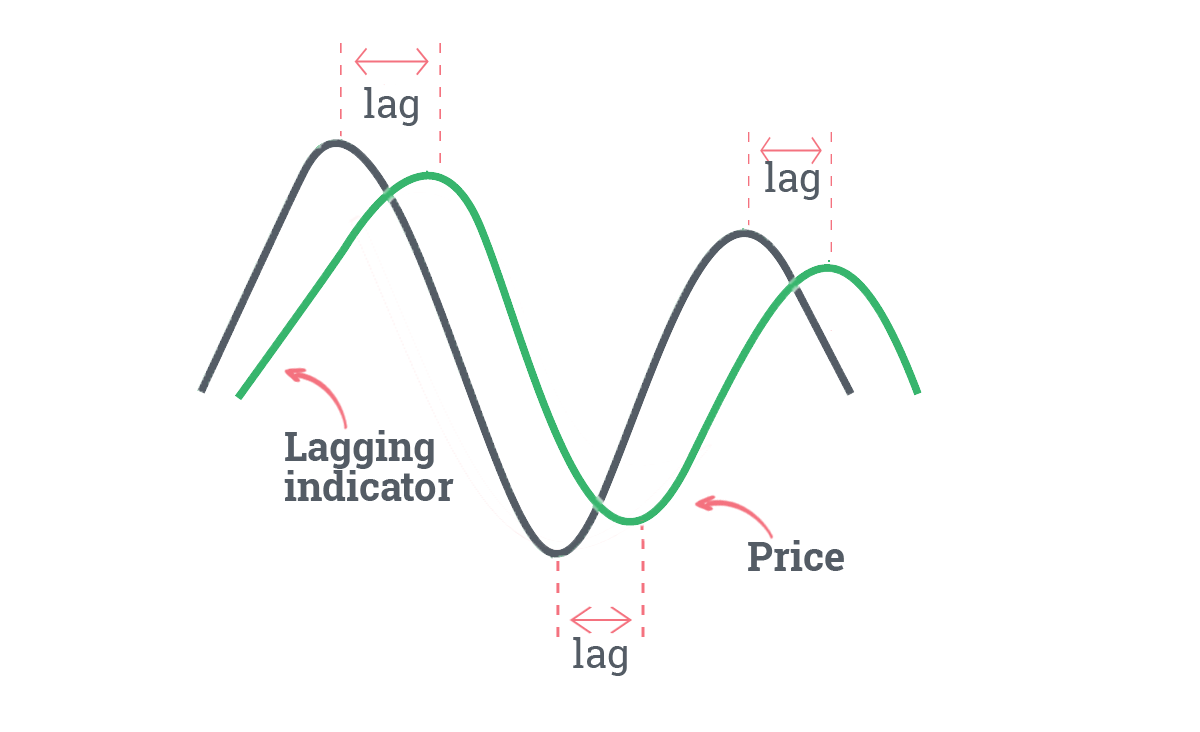 Even though that sounds counter-intuitive, depending on your trading strategy, it really isn’t. Lagging indicators are best recognised for their ability to confirm trends.

Moving averages are the cornerstone of the lagging indicator family. Many indicators use moving averages as part of their formula, for example, MACD, which is an abbreviation of moving average convergence divergence and Bollinger Bands which use a Simple Moving Average as the middle band.

Although moving averages play an instrumental role in the formulation of most indicators, on their own they offer very little towards identifying trading signals; in fact, we put this to the test in a moving average indicator crash test.

If you’re trading with a scalping strategy, then lagging indicators aren’t going to help much. Late signals will surely mean leaving money on the table. However, if you’re using a swing trading strategy, then missing five or ten Pips on a 60 Pip price movement is a good deal, especially if you go into that with a reliable signal.

Lagging indicators aren’t just helpful for confirming trends, they’re also great if you're trying to grasp how to identify trend reversal in Forex.

One of the most popular signal-generating lagging indicators with FXSSI users is the TRIX Crossover.

Because of the application of three EMAs in the TRIX, minor price fluctuations, also known as ‘noise’, is filtered out. This methodology makes the signals more accurate but means they are received later.

Another unique feature of the TRIX Crossover is that it can be used for both scalping and intraday strategies since the indicator has been optimised for 1-minute timeframes up to 30-minute timeframes.

In general, lagging indicators are considered to be more reliable, with the compromise of not getting the signals early as you otherwise would have if you were using a leading Forex indicator. 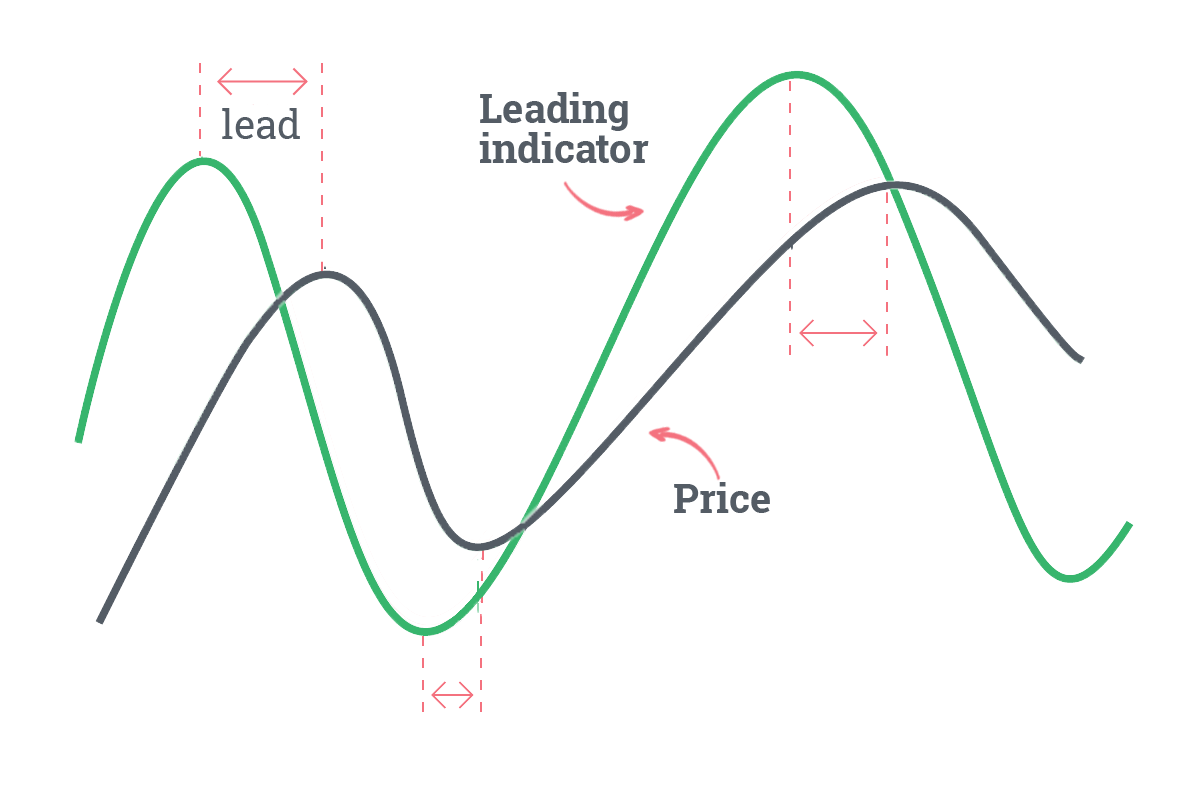 Leading indicators give signals before a trend or reversal has broken out.

While that sounds fantastic, most of the leading indicators are very sensitive and are prone to give false positives. But as long as these indicators are correct most of the time and used in conjunction with a responsible risk management strategy, even if one in every few signals is false, that can still lead to a profitable trading strategy.

The most typical leading indicators that comes pre-installed with MetaTrader 4 (MT4) are oscillators like the Relative Strength Index and the Stochastic Oscillator.

If you want to take advantage of trading with leading indicators, that doesn’t mean you need to focus all your time and energy on how to draw a trend line properly. Live market sentiment from other traders and trading activity from other venues can almost give a glimpse into the future.

The majority of Forex trading platforms and most certainly MT4, do not offer any sentiment analysis within the trading platform by default. Market sentiment however, is a significant edge that can vastly improve the quality of leading indicators.

One of the most popular leading indicators with FXSSI users is the custom Profit Ratio indicator for MT4. What this indicator shows you are potential price reversal points, and you can also use it for identifying short- and medium-term trends and recognising true and false price movements.

The indicator displays the ratio of winning trades against losing positions. This technique is how it detects potential reversal levels before the price even starts to move in the opposite direction.

However you decide to trade, there is always going to be a trade-off.

As a trader, you should already be aware that there are no easy decisions. Usually, it isn’t recommended to mix leading and lagging indicators for trading because they can present contradicting messages. It’s also not advised to rely on a single indicator either.

The downside of having all these tools and indicators at your disposal is that they can cause decision paralysis. If you try to trade with too many indicators and seek too many confirmations, you may never find a viable trade.

Overindulgence in technical analysis indicators is a common issue that new traders find themselves facing. As traders get more confident, they end up entertaining the idea of trading forex without indicators.

Consider that many of the indicators developed by FXSSI are sentiment orientated, giving a valuable perspective that standard MT4 trading platform indicators can’t offer.